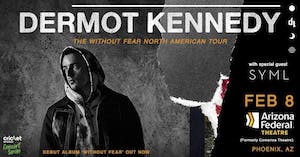 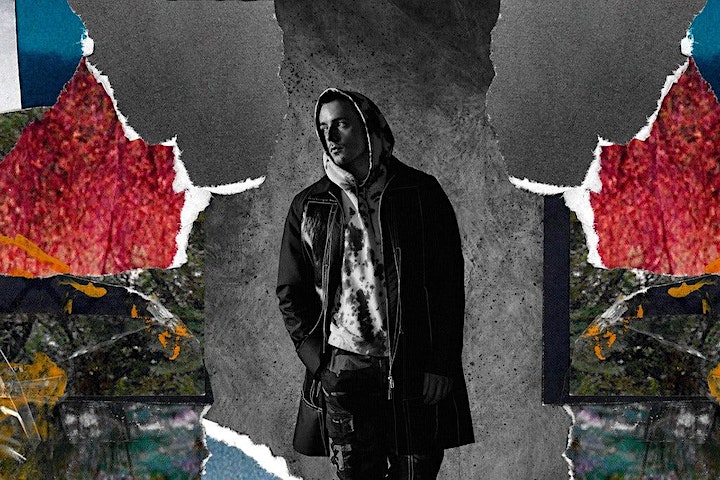 Life and death. Joy and pain. Love and loss. Dermot Kennedy has always been fascinated by extremes. On his brilliant debut EP, 'Doves & Ravens,' the young Dubliner draws inspiration from all the moments of brightness and darkness this world has to offer, crafting music that's at once soaring and intimate, stripped-back and explosive. Stuttery hip-hop and R&B-influenced percussion underpins his weathered vocals as he combines organic and electronic elements into an arresting, emotional blend that calls to mind the adventurous arrangements of Bon Iver, James Blake, and James Vincent McMorrow.

Rich beyond just its production, the EP showcases Kennedy as a writer in possession of a sophistication well beyond his 25 years. He pens lyrics with a poet's eye and a rapper's precision, conjuring vivid imagery and transfixing audiences with the unique rhythm and flow of his soulful delivery.

"I think reading poetry and listening to hip hop offer a lot of the same rewards," reflects Kennedy. "The good rappers are so honest, and in my opinion they deserve to be viewed as poets. Regardless of the form, though, I just feed off of anyone who's expressing themselves and sharing their feelings."

Kennedy's live shows are intense and powerful experiences, something he's again quick to credit to the influence of poetry, in particular the African-American writers Black Ice and Amir Sulaiman.

"Watching those guys perform serves as a reminder to give everything you have with every line," says Kennedy. "They don't have music to back them up, so they have to be convincing with every word.

Convincing listeners has never been something Kennedy's struggled with. He sings with a fire in his soul and writes with raw, unfiltered honesty reflective of both his emotional and musical maturity. It's a rare combination that enables both his recordings and performances to cover such a wide and potent spectrum. Celebratory and solemn. Playful and serious. Analog and electronic. Dermot Kennedy has always been fascinated by extremes.