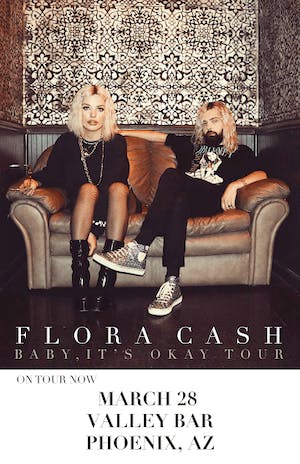 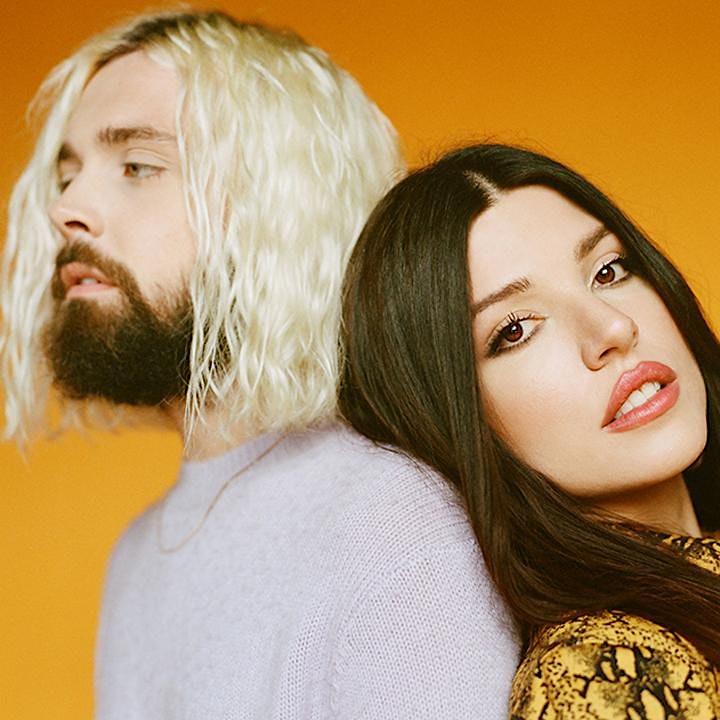 As innovation blurs borders and connects individuals everywhere, the world continues to get smaller by way of social media, video chats, and so on and so forth. When two kindred spirits cross paths 4,249 miles away from each other, magic still feels like the best possible explanation how…

Flora Cash emerged at such an intersection. As the story goes, Minneapolis native Cole Randall uploaded his music to Soundcloud. Across the Atlantic, Shpresa Lleshaj stumbled upon his account and started leaving comments under the songs. Facebook messages gave way to an introductory phone conversation, which snowballed into marathon Skype sessions.

Within months, Shpresa booked a ticket to Minneapolis. The two soulmates met I.R.L., relocated to Sweden, spent three months renting a room in a London flat due to Visa restrictions, and finally married back in the states. At the same time, the mystique of the music offset the exuberance of the union between them. The duo stitched together a singular style from threads of personal anxiety, struggle, and ultimately triumph.

“The fact that we’re collaborating comes from our relationship, but there’s more to our experience than the relationship,” affirms Cole. “It’s as if we’re expressing ourselves individually and bringing those elements together within the band. We all lose people, endure hardships, and face issues. We want to talk about all of that in our music.”

“It’s reality, but there is a mystery,” adds Shpresa.

The mystery quietly intoxicated fans and gatekeepers alike. In 2017, their full-length debut,Nothing Lasts Forever (And It’s Fine), attracted widespread tastemaker praise, including a coveted 9-out-of-10 score from Earmilk as well as acclaim from Noisey, Paste, Wonderland Magazine, Elmore Magazine and The Line of Best Fit, to name a few. The quiet grind paid off as the single “You’re Somebody Else” went viral, clocked 7 million streams, topped HypeMachine, and attracted the attention of RCA Records.

Upheld by acoustic guitars and ethereal production, “You’re Somebody Else” hinges on a gorgeously paranoid refrain, “Well you look like yourself, but you’re somebody else—only it ain’t on the surface. Well you talk like yourself. No, I hear someone else though. Now you’re making me nervous.”

“We were staying in my sister’s apartment where we recorded it,” Shpresa elaborates. “We lit a candle, Cole played a riff, and we developed this melody. It was like self-therapy for us.”

As they write more music in 2018, the story gets even deeper for Flora Cash.

“It’s important for us to express what’s inside,” she continues. “Whether it’s good, bad, or complicated, we just hope people feel something.”

For open as Flora Cash may be, one key element will remain a secret…

“We’re really open about who we are, but we’ve never told anyone the meaning of our name,” smiles Cole. “It was based on a conversation with someone close. Now I’ve said more than I’ve ever said to anyone,” he laughs.

That’s the magic of Flora Cash.