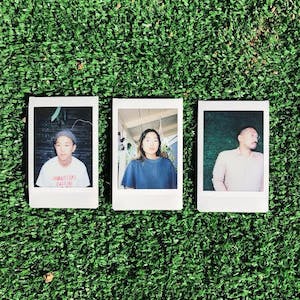 Having ushered in a new era of the band with the release of Monsters Calling Home, Vol. 1 earlier this spring, the alternative Los Angeles-based group Run River North are set to embark on yet another exciting chapter with the second half of that EP collection, Monsters Calling Home, Vol. 2. With a fistful of their most ebullient, catchy, and radio-friendly songs to date, the trio - Alex Hwang (guitar/vocals), Daniel Chae (guitars/vocals), and Sally Kang (keys/vocals)—have completed their journey into the light, focused fully on a fresh, joyful sound while embracing their true communal identity and feeling-driven instincts. And with lead single “Wake Up” paving their way, it’s clear that 2019 will be looked upon as the year Run River North truly began.

Fully functioning as a three-piece since the departure of three founding members of the band in 2016, Hwang, Chae, and Kang have come into their own as a unit, forging a complementary axis from which to write, record, and play. Their bond is made even stronger by the level of trust and respect they share for one another. “We have a really nice perspective of what it means to be a band now,” Hwang says. “Whether in songwriting or being a good tour mate, everyone wants to help each other out and knows how to do that within the group. It’s made for the perfect environment to make songs.”

Seeking to expand not only their scope and reach but their methods of creation as well, the trio met with a number of other established musicians for songwriting sessions and discussions about their art. One such meeting with noted producer and TV on the Radio co-founder Dave Sitek resulted in a total re-thinking of their process. “What he had to say about writing and being an artist was a lot about feeling rather than thinking: ‘Once you start over-thinking things, you’ve lost the feeling involved’ is how he put it,” Hwang says. “And for me, so much of songwriting or being a musician had been in my head. What Dave said put us on a path of trying to write stuff that simply feels good, first and foremost.”

Taking that fresh feeling-driven mentality into other sessions with artists like Hannah Hooper and Christian Zucconi of Grouplove, Chris Chu of POP ETC, and Nick Anderson of The Wrecks, Run River North began to settle into their own comfort zone. Comforted by learning that all artists share those early feelings of anxiety or doubt when beginning something new, the band were encouraged to follow their biggest visions and highest hopes for building a sound that reflects who they are and where they want to go. During the session with Anderson in particular, they realized that not only could they follow their hearts to whatever musical corner of the map they desired, but something golden was waiting for them there as a reward. This time, it came in the form of “Wake Up,” their biggest, boldest, and best song to date.

“We’ve always wanted to write bigger pop songs, but we were unsure of what our voice would be like in that world,” Hwang says. “This feels like the right time for ‘Wake Up.’ It doesn’t need any explanation to tell you why it’s a good song. We’ve always been chasing after that. It almost felt like we were being led by the song, and every time we went in a new direction we weren’t comfortable with, we just said ‘yes.’ That was the difference: ‘Why not do what we haven’t done before?’ That shaped the song and is the message of the song as well.”

Guided by Anderson’s propensity to challenge the band with sonic left turns, the song maintains a playful, free-spirited vibe and explores another new avenue for Run River North’s lyrical themes: joy. Lines like “We ain’t got no money but we got lots of time” and “set heaven on fire” reveal where Hwang and the others are coming from in their new 2019 skin, and that feeling has already started being transmitted to their live audiences. “Every time we play it, it gets an immediate response. Our songs sometimes take so much emotion to perform but this one feels effortless. It allows us to stay present and just have a lot more fun while playing. We all can feel it: this is the song.”

While that sentiment will undoubtedly hold true, “Wake Up” is followed by four other songs that complement its epic scope with similar vibes and feel. “Monsters” is a supremely catchy banger co-written with the husband-and-wife pop duo Vinyl Pinups that is propelled by a frenetic energy and anthemic chorus. “OK Cool” is a fun, poppy jam that stems from a Michael Jackson-inspired beat created by Chae, and “I’m Amazing,” co-written with POP ETC’s Chu, maintains the EP’s level of bravado, confidence, and exuberant enthusiasm. The closing piano ballad “Let Me Down” was co-written with producer Derek Fuhrmann (Andrew McMahon, KYGO, O.A.R.) and ends the record on a sentimental yet sweet note. Vol. 2 is produced by engineer Miro Mackie, who worked as the drum tech on the band’s previous full-length, Drinking from a Salt Pond. With Miro’s assist, the beat-driven sound of the EP and its attention to sonic details serves as an extension of the joyful, feeling-based songwriting.

For Run River North, that sensibility serves as their guiding principle and has allowed them to finally reach the musical heights to which they have always aspired. With the collaborative, communal effort of Monsters Calling Home, Vol. 2, the band will surely see themselves atop the airwaves for many years to come.

“To us, the record feels new and youthful and at the same time very pure and happy,” Hwang says. “That contagious, genuine sense of joy is something we’ve been wanting to get to, and it’s been really fun to discover while working with other musicians we respect and looking inside ourselves as well.” 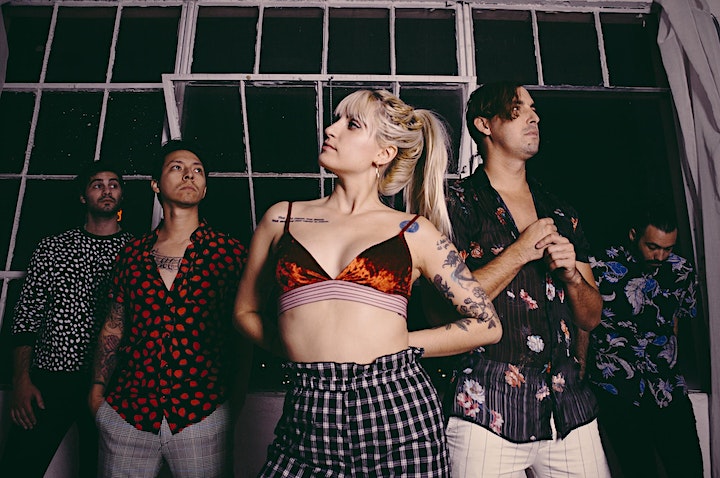 Signed to RED Music, they introduce a style all their own on the first single, “Fake Smile.” Lush but simple production underscores Ela and Taylor's intimate delivery as they ask, “Do you love me, anymore?” A rich sonic backdrop compliments the pleading reprise, “Yeah, I’d even take a fake smile.”

That intimacy extends to “Neon Ocean”, a dark and powerful follow up single, and then further to “Pilgrims”, the resonant anthem boasting “You can be anyone!”. Resounding guitar echoes behind the vocal interplay of Ela and Taylor as the hooks soar to epic heights.

The group has recently come off the road with lovelytheband and plots more music for release, videos, live shows and tours. They’ve just begun what promises to be a lasting conversation.