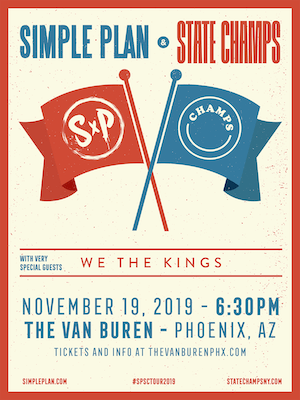 Simple Plan, the multi-platinum, Montreal-based band boasts worldwide sales topping 10 million. A testament to their outstanding popularity, the band has been voted Favourite Canadian Band an unprecedented five times by viewers of the MuchMusic Video Awards. Accolades also include a 2005 Teen Choice Award, 2006 JUNO Fan Choice Award, 2012 Allan Waters Humanitarian Award, 2012 Yahoo! Canadian Impact Award, 2012 NRJ award and the 2013 Allan Slaight Humanitarian Spirit Award. Through the Simple Plan Foundation, the JUNO Award-winning band has donated more than $2M to youth-focused charities since December 2005, helping both young people in need and children facing life-threatening illnesses as well as promoting musical education programs in Canada and abroad. In 2016 the band teamed up with producer Howard Benson (My Chemical Romance, All-American Rejects) on their album "Taking One For The Team". The band has performed at some of the music industry's most prestigious events like the 2010 Winter Olympics closing ceremony, the 2004 Live 8 benefit concert, the MTV Music Awards as well as multiple TV appearances on shows like The Tonight Show, Jimmy Kimmel Live!, the 2008 NHL All-Star Game and 2015 NHL Winter Classic game where they sang the Canadian National Anthem and the Macy's Day Thanksgiving Parade, among others. The band continues their philanthropic initiatives to this day and $1 of every ticket sold on their "Taking One For The Team" World Tour and their "No Pads, No Helmets Just Balls" 15th-anniversary tour will go towards the Simple Plan Foundation. At the moment the band is working on their 6th studio album. Stay tuned for new music! 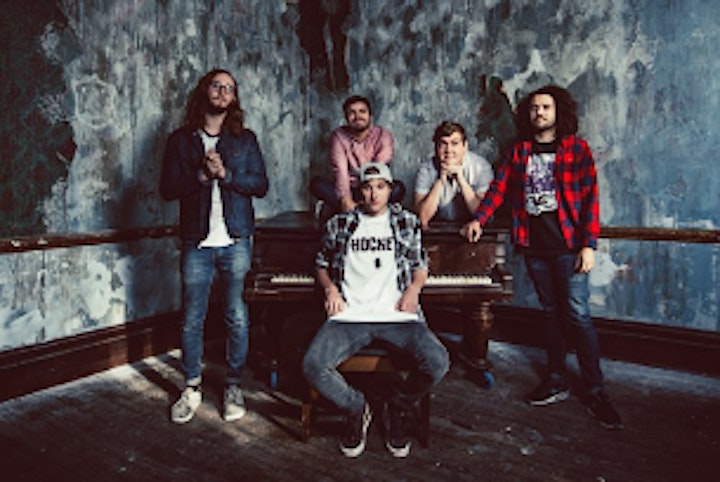 Albany, New York-based pop-punk band State Champs began in 2010, basing their quick-paced and emotive sound on the influence of masters of the genre like Fall Out Boy, the Story So Far, and New Found Glory. Based around singer Derek Discanio's wailing vocals, the band was filled out by guitarists Tyler Szalkowski and Tony Diaz and bassist William Goodermote; they were eventually joined by drummer Evan Ambrosio. After a demo circulated, the band released the Overslept EP in late 2012, and followed with full-length The Finer Things in 2013. An acoustic revamp of The Finer Things -- The Acoustic Things EP -- was released in late 2014. A year later, the band released their second LP, Around the World and Back, on Pure Noise Records. The album would prove to be somewhat of a breakout for State Champs, reaching number 30 on Billboard's Top 200 and laying the foundation for two years of hard touring. They issued a deluxe version of the same album with a DVD and a number of bonus songs in early 2017. 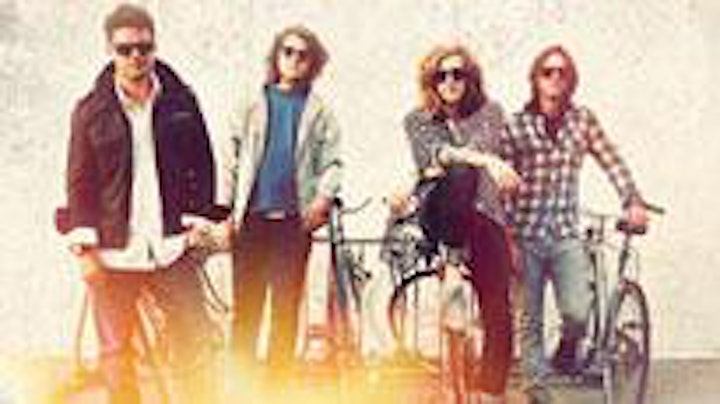