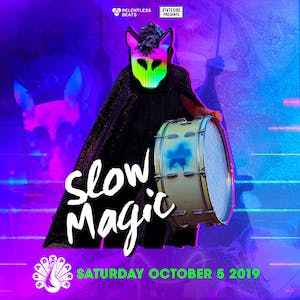 A DIY project with worldwide scope, Slow Magic is universal and inclusive. It's cosmic electronic music culled from the ether, yet crafted with human hands. It's joyous, escapist, multi-disciplinary art that mixes transcendent performance with the nostalgic intimacy of two teenagers staying up too late on the phone.

After the release of 2012's beloved and critically-acclaimed Triangle, Slow Magic became an international movement after touring with artists like Gold Panda and XXYYXX. Crowds found a masked man in their midst, bathed in fantastic light, with electronic triggers and a drum. The future-primitive combination infused the project's electronic compositions with new life.

How To Run Away, Slow Magic's debut with Downtown Records, reflects this growth, oozing both otherworldly beauty and a mastery of production. Lead single "Girls" is deconstructionist house with an organic pulse and collaged, handcrafted samples. "Hold Still" sculpts elastic organs and jazz piano into an emotionally-pummeling finale, while the melancholy "Let U Go" merges watery dub with spectral piano and "Closer" plays like a '90s R&B fever dream.

Slow Magic is music by your imaginary friend. 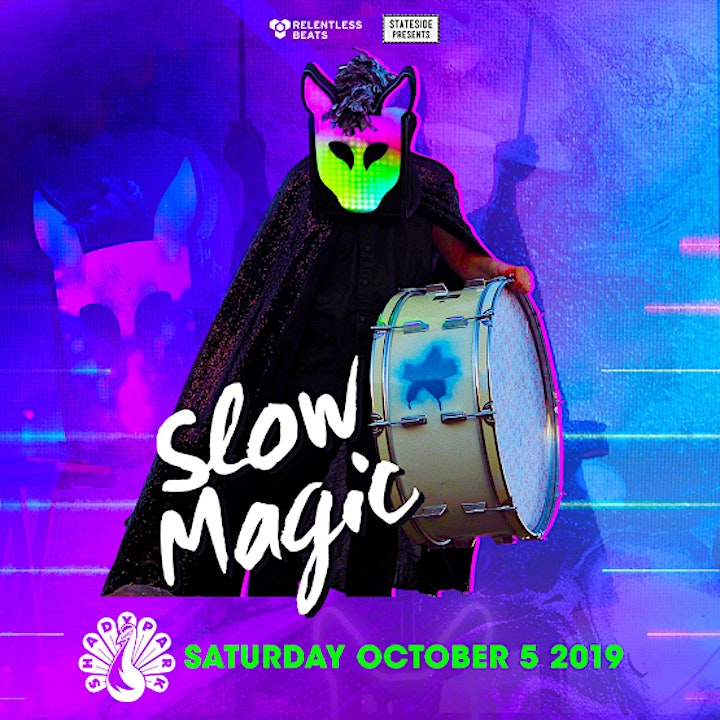