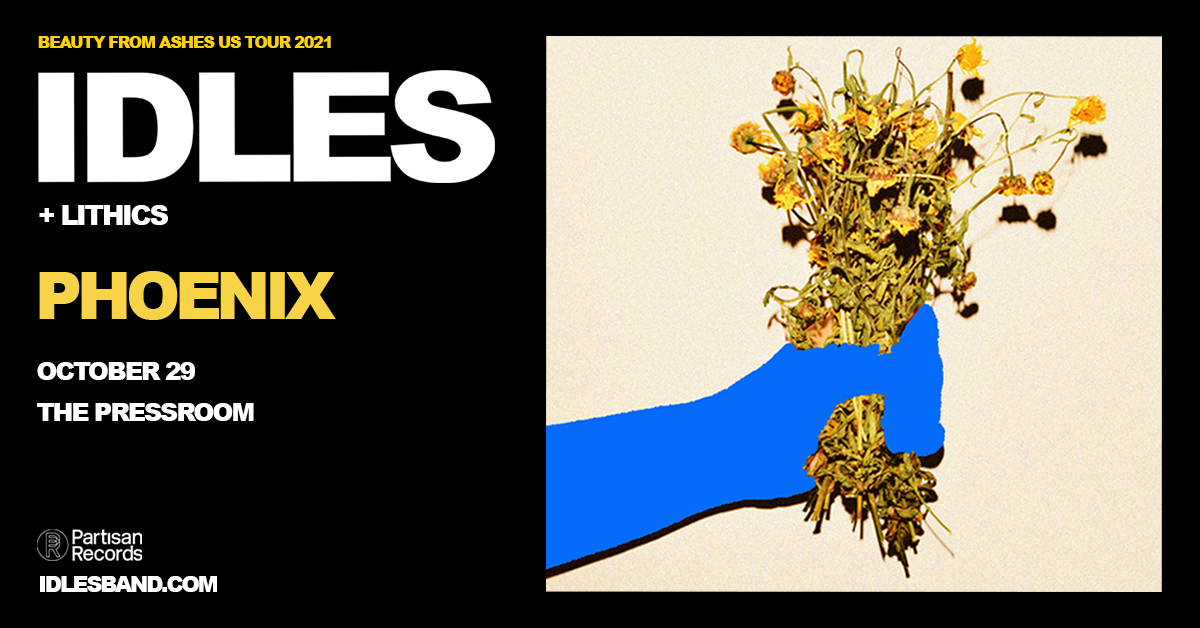 Passionate, political and darkly comedic, IDLES’ debut album “Brutalism” made an impact that no-one, not least the band, could have expected when it arrived, seemingly out of nowhere, in 2017. It was an album with such relevance to the fractured Britain that birthed it, that the band’s potent individuality and honesty simply couldn’t be ignored – and was described perfectly at the time by Uncut as: "a rare rock record with the rage, urgency, wit and shattering of complacency usually found only in grime."

No band toured harder, and invites to support the likes of Foo Fighters and The Maccabees (at Alexandra Palace) saw IDLES’ message spread even further, leading to a signing with the Brooklyn and London independent Partisan Records. IDLES second album saw them become leaders in a movement of new bands tearing down outdated perceptions of masculinity and bucking a trend of style over substance. Songs from the record were full-throated indictments of sexism, racism, the polarisation of Britain in the wake of Brexit, nationalism and toxic masculinity. The record felt both incredibly personal and at other times universal, wearing both its heart - and an active mind - on its sleeve. In a musical landscape that had become so safe and sanitised, IDLES were and remain a bolt to the arm of the norm.

Here was a band you could pin all your hopes on, ideals you could rally round, a set of songs you could believe in. And so many people have done just that – part of IDLES’ success has been down to putting their fans first. A community, the AF Gang, was formed on social media in the wake of “Brutalism” that has now grown to tens of thousands of members. A judgement free zone where people can discuss everything from their musical tastes to their mental health, the group features regular contributions from members of IDLES themselves. The tight connection between the band and those who back them remains a fiercely important part of what makes them what they are, even now.

That second album, 'Joy As An Act Of Resistance', debuted at no.5 in the UK charts upon its release last August, breaking Rough Trade’s all-time record for most pre-orders and sales in a day. It was, for a period, the no.1 best reviewed record of 2018 (average rating of 88 across 25 reviews) and at the end of 2018 it had won a fanbase far beyond the UK, featuring in album of the year lists across key media worldwide.

The band saw not only the album’s singles but the album itself A-listed at 6 Music and earned major features, amongst others, with the likes of Q, Mojo and The Guardian with covers to follow at DIY, Loud & Quiet, Kerrang!, So Young, CRACK and NME. IDLES won Best Breakthrough at the Q Awards, were nominated for Breakthrough Artist at the Brit Awards and performed a raucous Jools Holland debut which NME called “history in the making…incomparably brilliant,” likening it to Arctic Monkeys and Kanye West's first appearances on the show.

They were announced as 6 Music's no.1 album of the year, won the coveted Ivor Novello award for Best Album and saw not one, but two extensive tours sell out worldwide. Dates in the UK, US & Australia and festival performances across the globe were full of people eager to see a band famed as much for their frantic, unforgettable live shows as their rousing songs. Their last run of London shows, three consecutive dates at The Electric Ballroom in April, all sold out in minutes – and on December 7th this year they return to Alexandra Palace, this time as the headliners. Their biggest headline performance yet, it culminates a remarkable last couple of years for a band who have never given us anything less than everything. As well as a chance to celebrate all that has come before, it will also be the first opportunity for people to hear much-anticipated new material from an-as-yet untitled third album set for 2020.
Lithics
Related Events 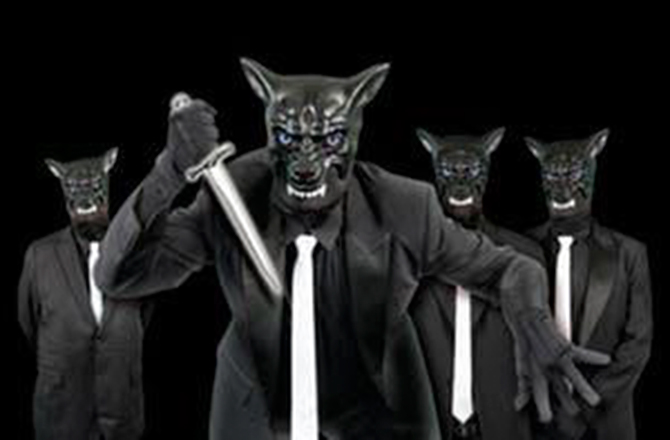 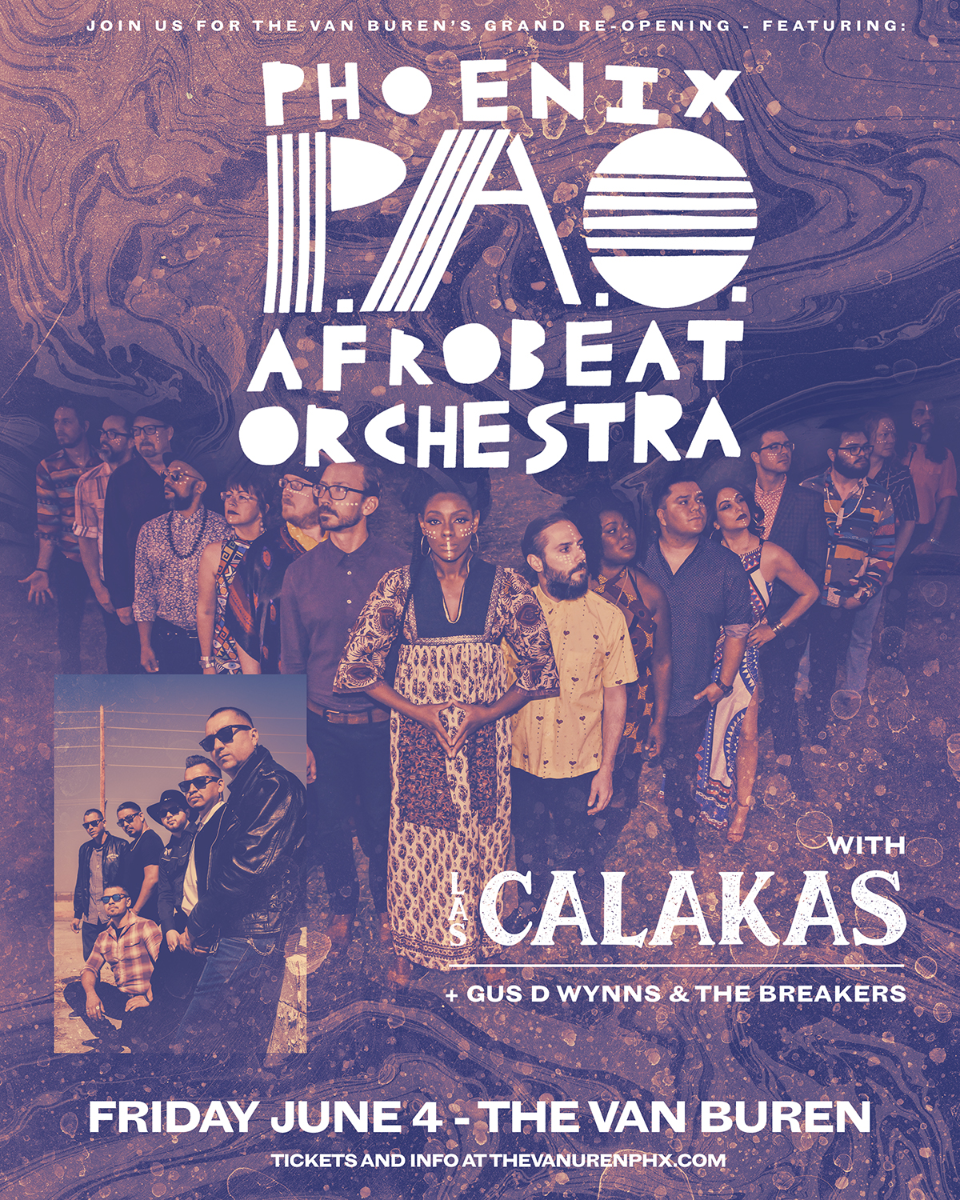 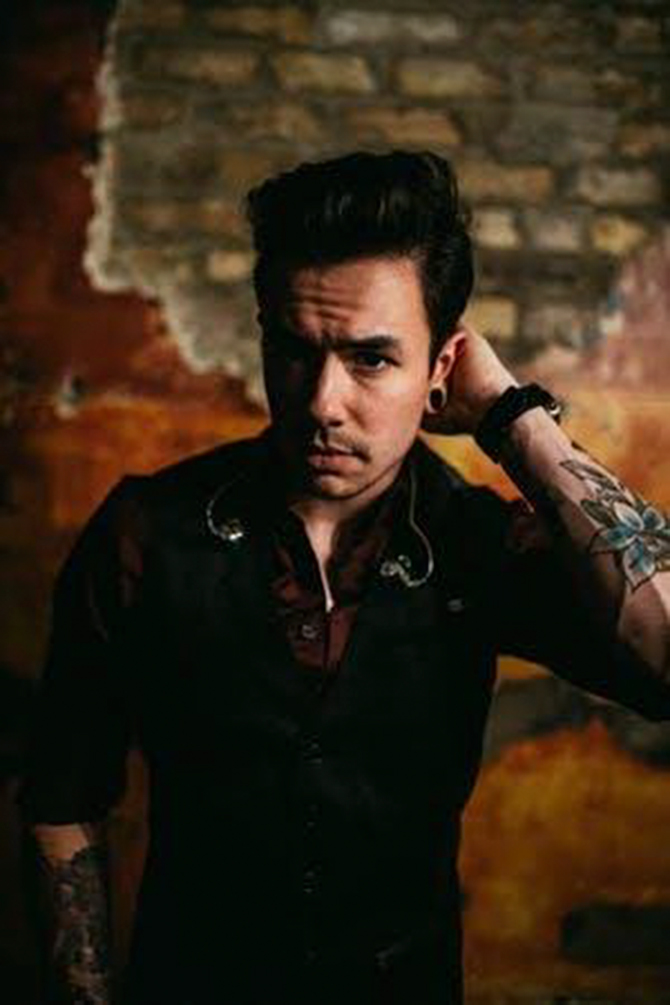